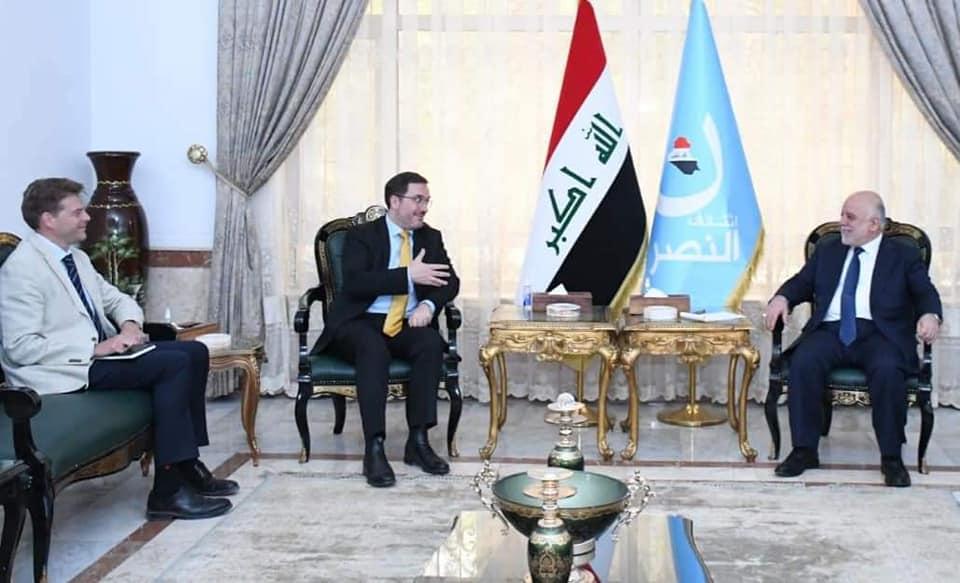 Dr. Al-Abadi receives the Ambassadors of Australia, Britain and France

The head of Al Nasr Coalition, Dr. Haider Al-Abadi, received in his office, separately, a number of Ambassadors of the world's countries.

Dr. Al-Abadi discussed with the Australian Ambassador to Iraq, Mrs. Paula Elizabeth Canley, the overall situation in the country and the region, and the initiative of the State Forces Alliance regarding the next stage.

Al-Abadi also discussed with the British Ambassador to Baghdad, Mr. Mark Bryson Richardson, strengthening cooperation between the two countries, the political situation in Iraq and solutions that guarantee the success of the ruling experience.

Al-Abadi also received the French Ambassador, Eric Chevalier, where they discussed the political developments in Iraq and the situation in the region.