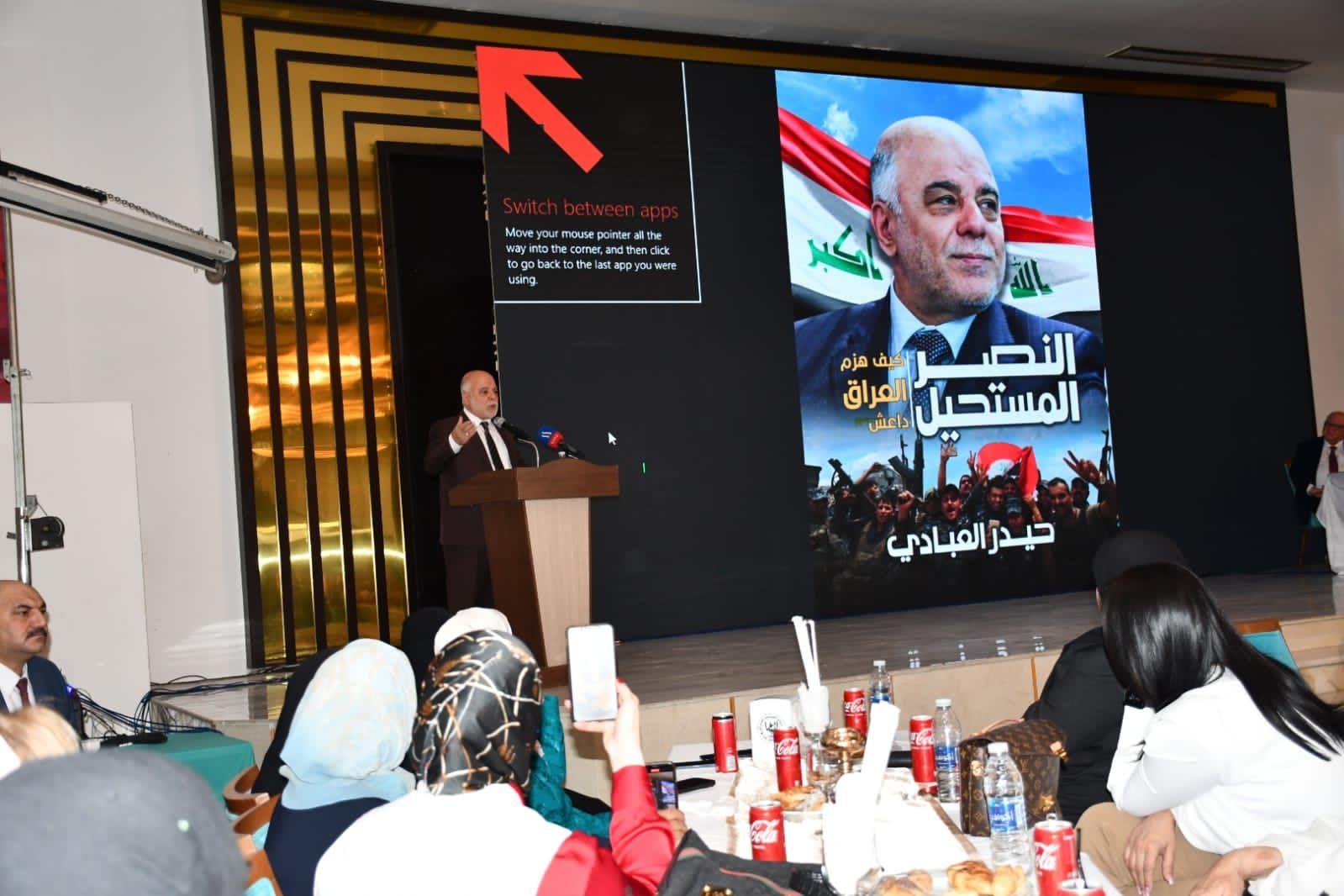 The signing ceremony of Dr. Haider Al-Abadi's book "Impossible Victory: How Iraq Defeated ISIS", in Arabic, was held today, Wednesday, at As-Saed Club in Baghdad, days after the publication of its English version in London.

The ceremony, which was attended by political, academic and military figures, began with reading verses of the Holy Quran and Surat Al-Fatihah on the souls of the martyrs of Iraq and listening to the national anthem, followed by a review of brief readings of the book, which began with Dr. Abbas Al-Dulaimi from the Iraqi Academics Syndicate, who focused in his speech on managing the state amid many crises and the method of good governance that Dr. Al-Abadi followed.

Then the financial advisor Dr. Mudher Muhammad Salih, whose speech included a focus on economic management during the war period.

In his speech, Dr. Al-Abadi, the author of the book, talked about the impossible challenges in his tenure, the leadership of the armed forces, the military and economic effort, their impact on life today, and the difficulties whose shadow is still clear.

After that, Mr. Khaled Al-Obeidi, the former Minister of Defense, commented on the stage of the war against ISIS and the wise leadership of Dr. Al-Abadi to the armed forces, citing practical examples that illustrate the accuracy of Al-Abadi's follow-up on details and keenness to choose the best decisions.

While Mr. Abdul Jalil Al-Rubaie, the former commander of the Baghdad Operations Command, spoke about managing the security issue and the war effort during our war against ISIS and how to adhere to the balance that Al-Abadi maintained in terms of security effort in the liberated areas.

The ceremony concluded with Dr. Al-Abadi signing copies of the book for the present ladies and gentlemen.