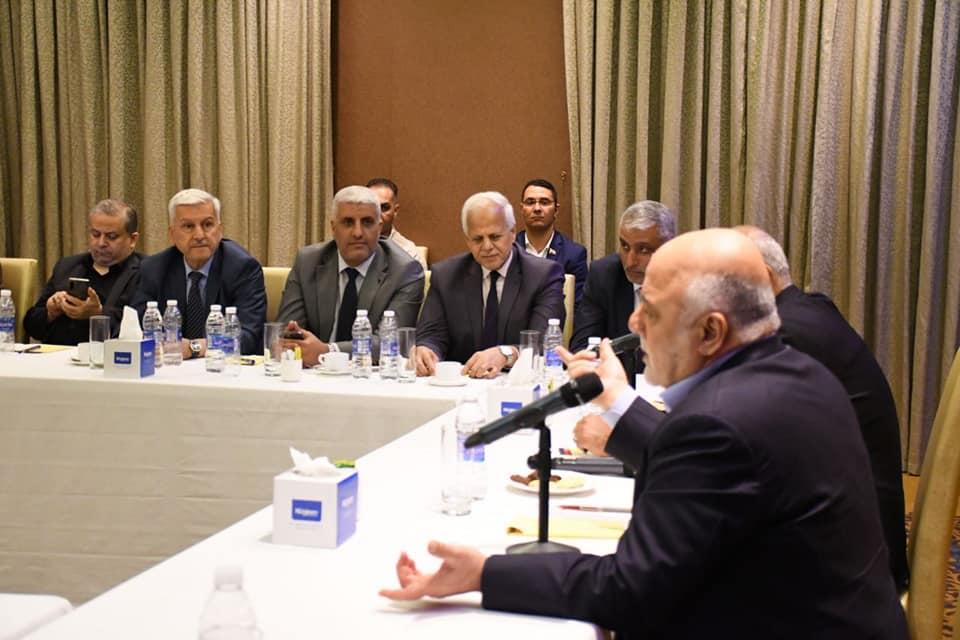 Dr. Al-Abadi meets dignitaries and elites of the Holy Governorate of Karbala

Dr. Haider Al-Abadi met dignitaries and elites of the Holy Governorate of Karbala, as part of a series of several meetings he made today.

The meeting was held under the auspices of the Governor of Karbala, Mr. Nassif Jassem Al-Khattabi.

Dr. Al-Abadi recommended spreading the success of Karbala experience to other provinces; as the achievement is possible even with the lack of capabilities, and the experience of the Karbala governorate administration is a model for that.

He also stressed the need to invest and research the energies and capabilities available in our country in an effort to change.

Dr. Al-Abadi cited the immortal revolution of Imam Al-Hussein to be the supreme example of making the holy province of Karbala a center of success and attention.

They also talked about the political blockage that is taking place today, especially after the lack of participation in the elections and the loss of votes in the current electoral system, and how democracy works in our country, whose experience has not yet matured, despite the fact that the political space has a decent level of freedom.

Views and ideas related to encouraging investment, services and education to take are of graduates and specialists were also presented. While the attendees expressed, during their many participations, their pride and honor to Dr. Al-Abadi during leading Iraq in the darkest conditions and turning the collapse into victory and success.