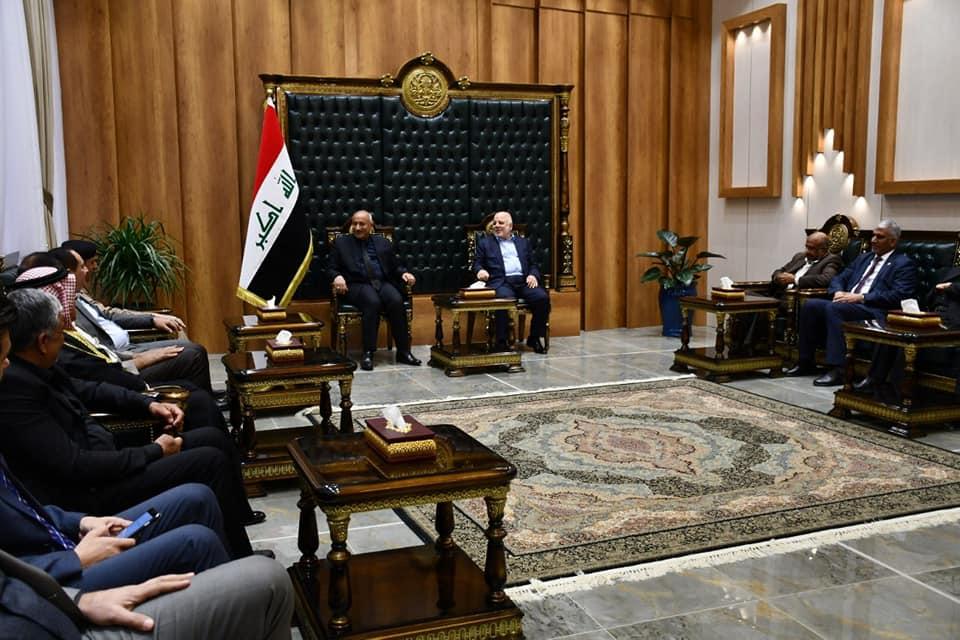 The visit of Dr. Al-Abadi began at the Karbala Provincial Council, where he was received by Mr. Nassif Jassem Al-Khattabi, the Governor of Karbala, and a number of personalities, most notably the Karbala Police Commander, the President of Karbala University, the Head of Physicians and the Head of Academics.

Dr. Abadi pointed out the importance of the city's infrastructure as a center for millions of visitors, and the dissemination of successful experiences in which they happen to other Iraqi governorates.

While Al-Khattabi reviewed some positive examples in the city, such as the healthy relationship built between the official and the employee on the one hand and the citizen on the other hand, as well as success in the health, service and agricultural fields, using Dr. Al-Abadi as a role model in work and leadership.

The attendees recalled Dr. Al-Abadi's administration of the state and how he turned the war into victory, protected the country from economic collapse, preserved the country's unity and prevented sectarian war.