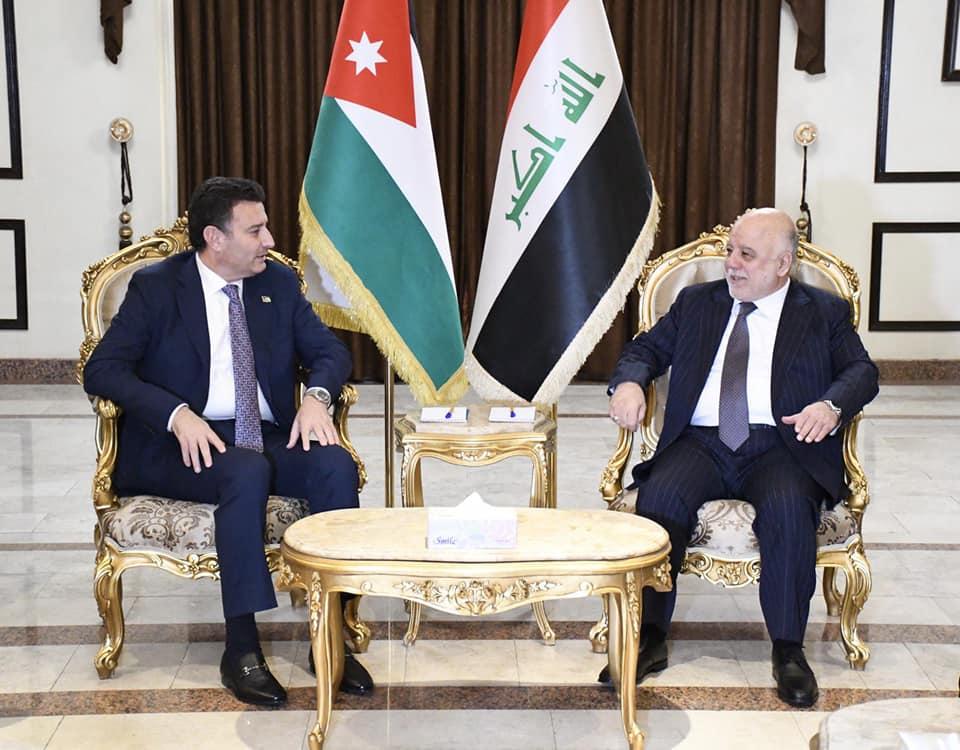 Dr. Haider Al-Abadi receives the Speaker of the Jordanian Parliament and his accompanying delegation

The President of Al Nasr Coalition, Dr. Haider Al-Abadi, received in his office, the Speaker of the Jordanian Parliament, Mr. Ahmed Al-Safadi, and his accompanying delegation.

At the beginning of the meeting, Dr. Al-Abadi welcomed Al-Safadi and his accompanying delegation to their second country, Iraq, expressing his hope to strengthen relations between Baghdad and Amman, which will reflect positively on the two brotherly peoples.

Dr. Al-Abadi referred to the strong relations between the two countries and the pivotal role of Iraq and Jordan in the region and its stability, the latest of which was the second Baghdad Conference for Cooperation and Partnership in Jordan.

While Mr. Safadi conveyed the greetings of the Jordanian leadership to Dr. Al-Abadi and its appreciation for the role he played during his tenure as ruler of Iraq, and the victories achieved over the terrorist gangs of ISIS, stressing the importance of joint economic cooperation and striving to implement future projects that would enhance trade in general between the two countries, and the support of the Hashemite Kingdom of Jordan to Iraq government and people for stability, advancement and reconstruction.