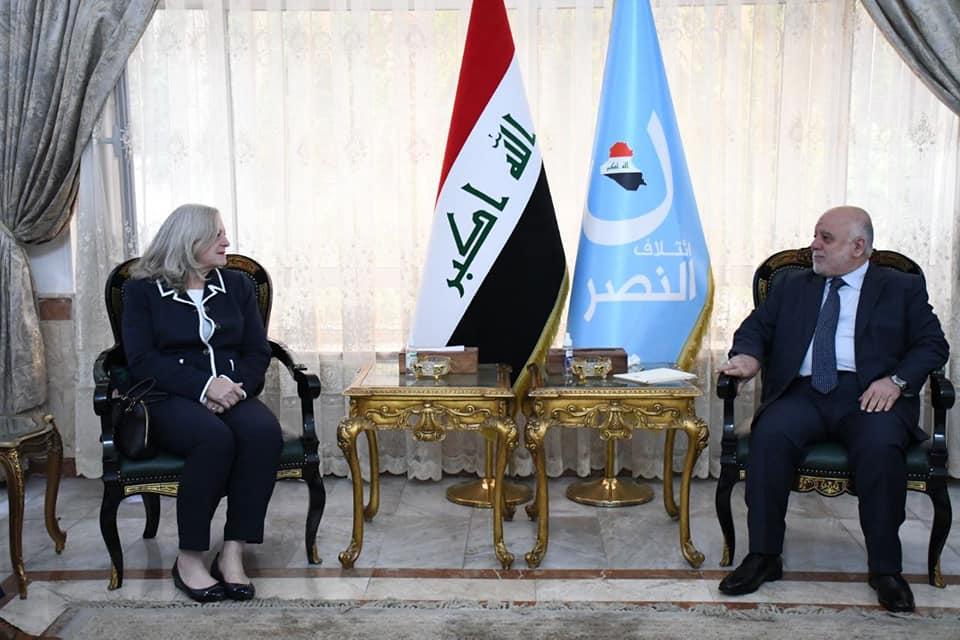 Dr. Al-Abadi receives the American Ambassador in Baghdad and discusses with her the overall situation in the country

Today, Sunday, the head of Al Nasr Coalition, Dr. Haider Al-Abadi, received in his office the Ambassador of the United States of America to Iraq, Mrs. Alina Romansky, and her accompanying delegation.

The meeting witnessed the discussion of developments in the political, economic and security situation in Iraq and the region, as well as the work of the new government and providing support to it to carry out the required reform steps to serve the citizens.

Dr. Al-Abadi stressed the necessity of continuing cooperation between the two countries in various fields, and supporting Iraq during the next stage to take its natural and influential role in the region and in the international community.