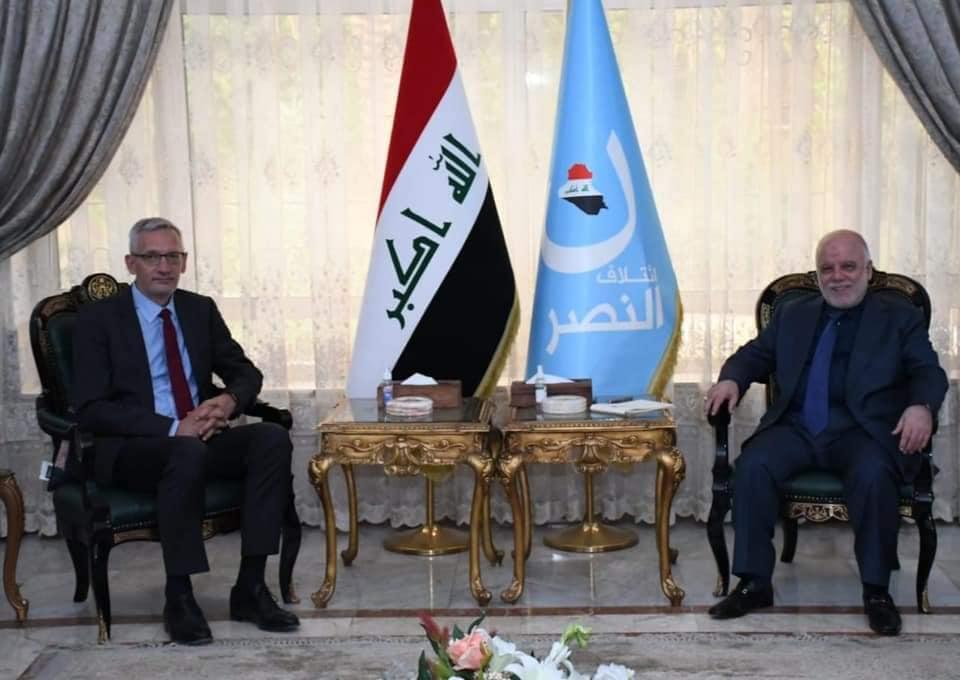 Dr. Haider Al-Abadi receives separately the Ambassadors of Germany and Australia to Iraq

Dr. Al-Abadi discussed with the German Ambassador the overall political situation and its repercussions, the importance of getting out of the state of political blockage, forming the next government and setting sound frameworks for it, because of its impact on the situation of the country and its citizens.

While he discussed with the Australian Ambassador strengthening relations between the two countries in various fields, the developments of the political scene in Iraq, and his own vision to find solutions to what the political arena is witnessing.

The German Ambassador and the Australian Ambassador praised Dr. Al-Abadi's initiatives and the way he deals with the political developments, stressing the international community's interest in Iraq's stability to play its effective role in the region and the world.