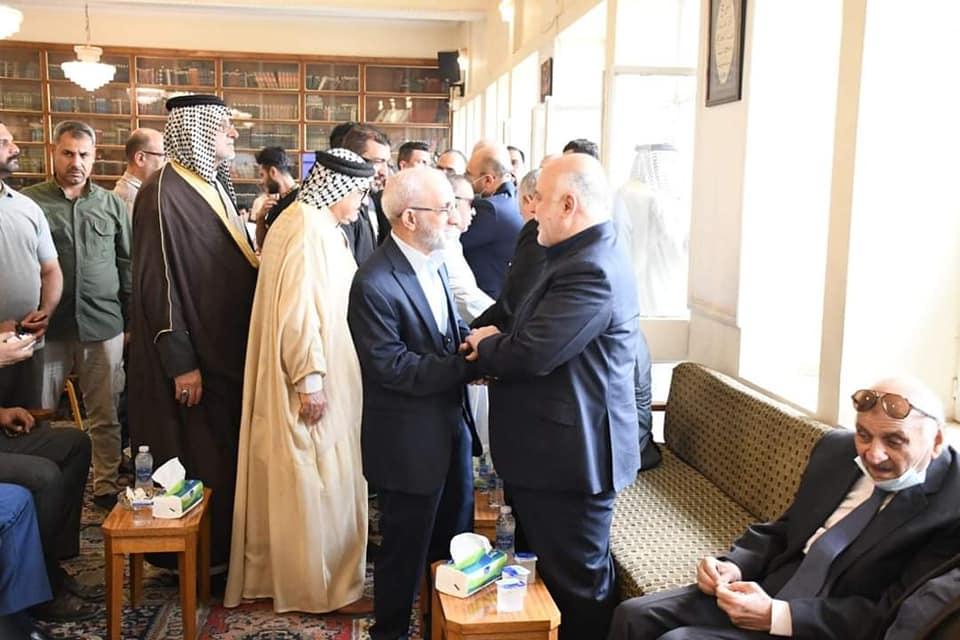 Dr. Haider Al-Abadi, the head of Al Nasr Coalition, attended the funeral of the late Captain Haider Abdul Razzaq Al-Hasani, who passed away in the early hours yesterday, Sunday, as a result of a sinful assault in the stadium of Al-Qadisiyah district in Baghdad. May God bless him with his vast mercy and place him in his vast gardens.

Dr. Al-Abadi renewed his condolences to the family of the deceased, his relatives, friends and fans, and to the rest of the sports community, which lost his athletic stature that raised the name of Iraq with the national football team, as well as to the fans of Al Nasr Coalition, where the deceased was one of its members and candidates in previous elections.

"To Allah we belong and to Him we shall return"