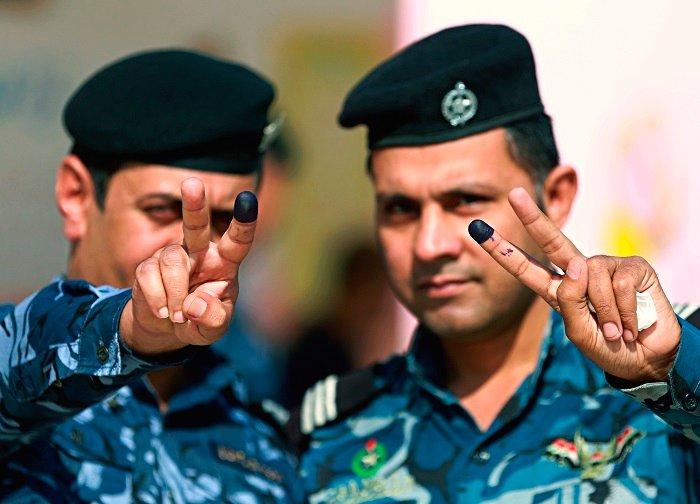 In the name of God, the, the merciful, the compassionate

The heroes, the members of our military and security forces, of all kinds and formations…

Peace be on you, the chief of victory, person of dignity, and address of redemption.

Tomorrow, the election process begins, and the special voting begins.

Because of my belief in your national conscience and your Iraqi will, which I experienced with you in the fields of war and peace, I address you today:

1-The state is the trust of God and the people for you, so protect this trust with peace as you protected it in the war.

2-The elections translates the will of the people, so protect its integrity and justice, as you are the people's guardians.

3-Do not take sides with any party or political entity, you are for the people, all the people.

4-Choose those who believe in the state, its unity, justice and sovereignty, your strength and the strength of the people is in the state and nothing else.

5-Know that the state will remain, and its logic will prevail. The state may lose battles, but it wins the war. Just as we won the state’s wars against terrorism, division and sedition, so we will win them against chaos and failure, with your will, the people, and all the good ones.

May God protect you, protectors of the homeland and the people's wall.