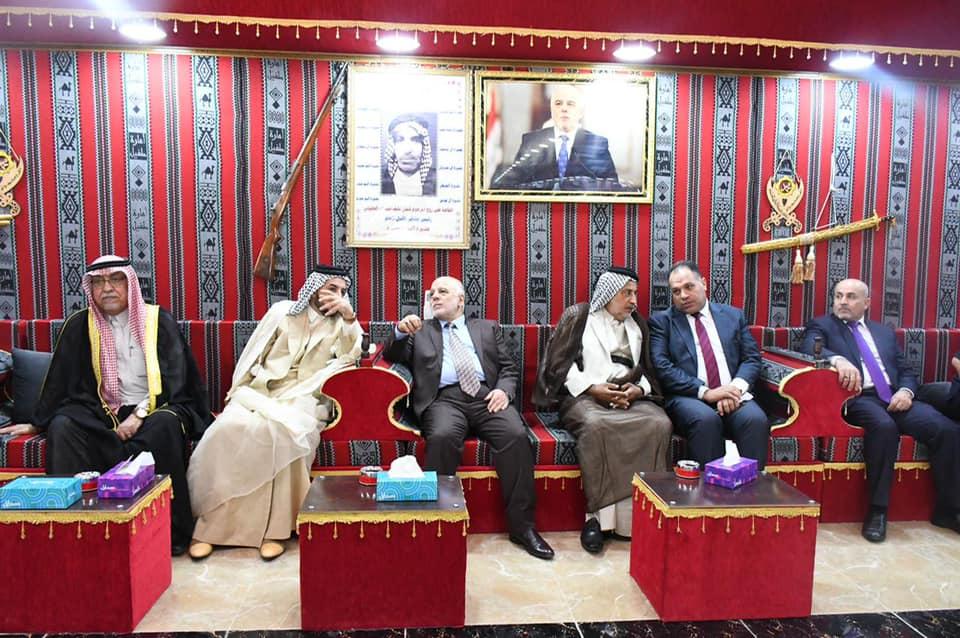 Dr. Al-Abadi in front of a majestic gathering of citizens in Babylon: The Iraqis have achieved victory over ISIS and we have taken the right path after that to build the state institutions, and we can repeat the achievement now

Today, Wednesday, the head of Al Nasr Coalition, Dr. Haider Al-Abadi, visited the province of Babylon, where he met a large group of citizens who gathered in the host of the Emirate of Tufail in the province.

Al-Abadi stressed during his speech to the mass that the Iraqis are the ones who achieved victory over ISIS terrorism with their sacrifices and blood, and they are able to overcome the current challenges and build the country.

He added: "When a number of provinces collapsed and ISIS occupied the lands, the world thought that Iraq was terminated and would not return to its status, so the choice was only to deal with ISIS and absorb it, or battles that continue for 15 years or more. But the sons of the homeland achieved the miracle and liberated the lands and restored security and as we led the country at the most difficult stage in its history. With the occupation of the land, oil prices had fallen and reached their lowest level, as they did not pay the salaries of employees or the war expenses, but we took many procedures and made reforms and overcame them".

He continued, "We also created high coordination between our Security Forces from the army, Police, Counter-Terrorism, the Popular Mobilization and the Peshmerga, and they fought with unified plans that managed to bring victory, which the world described as a miracle. And we built a national striking military force for all Iraqis to protect the homeland and the citizen".

Dr. Al-Abadi pointed out that the situation after the victory over ISIS was moving in the right direction and with an integrated building of state institutions, as Iraq regained its health, and its relations with the international community became distinguished, sectarianism was abandoned, the security situation stabilized and the economy witnessed great growth, even our credit rating rose globally and the situation in Kirkuk was restored. However, there are those who have tried to destroy what has been achieved, and many of the achievements have retreated until we have reached a great popular rejection of the situation.

Dr. Al-Abadi praised the great role of the clans in the war against terrorism, praising those brave stances, and that all of this makes us able to advance the country again despite the current challenges.

Dr. Al-Abadi also stressed the need to pay more attention to the province of Babylon, serve its people, and provide them with the requirements of a decent life.