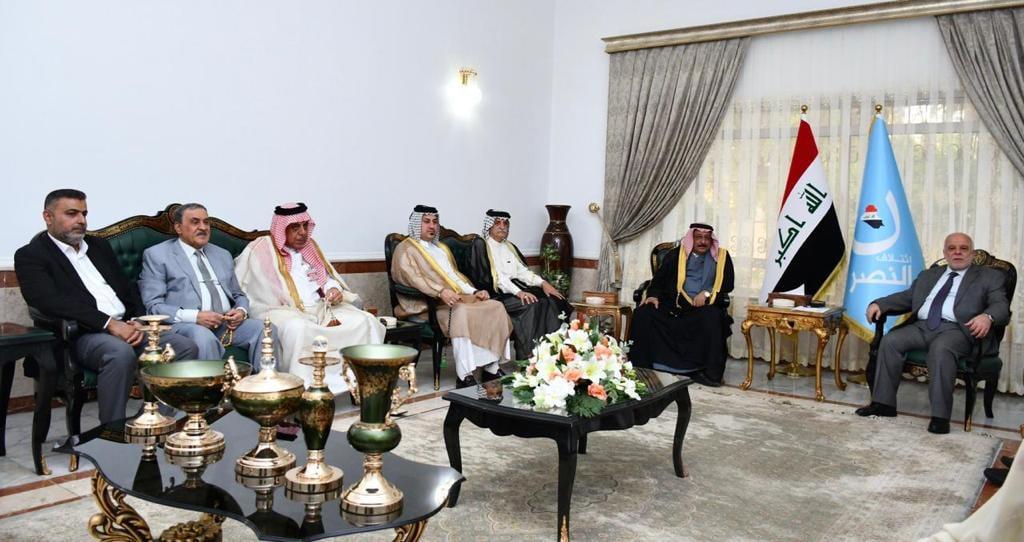 Dr. Al-Abadi receives a delegation of sheikhs from Basra Governorate

The head of Al Nasr Coalition, Dr. Haider Al-Abadi, received in his office yesterday, Friday, a delegation of sheikhs from all over the Province of Basra.

Al-Abadi stressed that Iraq has the financial and human capabilities to return again, and this is what must be worked on during the next period, and Basra Governorate must be among the priorities of serious work at all levels to provide services to it and to our Iraqi people, according to well-thought-out plans and strategies.

Dr. Al-Abadi added: "The citizen was the best witness to what the country went through in 2014, then how, through proper planning, we were able to cross crises, liberate the land, defeat terrorism, preserve Iraq's unity, defeat sectarianism and advance the economy, achieving a success story praised by the world".

According to the upcoming early elections, Al-Abadi indicated that it should be held on time on October 10, 2021, as it is crucial to put things in its right place.