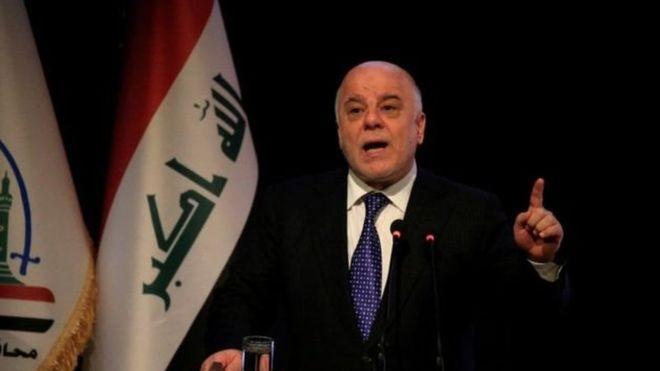 Who is Haider Al-Abadi?

In August 2014, the President of the Iraqi Republic, Fuad Masum, assigned the First Deputy Speaker of Parliament Haider al-Abadi to form the Iraqi government to succeed Prime Minister Nuri al-Maliki.

The National Alliance (which included the Shiite blocs in parliament) officially announced Abadi's nomination for the post of prime minister.

Abadi: The Kurdistan Region Referendum is a threat to the region

In addition to his position in the House of Representatives, Abadi held the position of the political bureau official in the Islamic Da'awa Party and its official spokesman.

Abadi assumed this position in the party to succeed Ibrahim al-Jaafari, whose removal from the prime minister’s position and nominating Nuri al-Maliki’s to succeed him caused the split in Da'awa Party and the formation of al-Jaafari new political organization called the National Reform Movement.

Abadi rose in positions within the leadership of Da'awa Party since he joined it in 1967, at the age of 15, according to his personal biography on his official page on the social networking site Facebook.

In 1979 Abadi became a member of the executive leadership of the Islamic Da'awa Party, and was responsible for its organizations in Britain in 1977.

Abadi returned to Iraq after the fall of Saddam Hussein's regime in 2003, and in 2006 he was elected to the House of Representatives from Baghdad.

In 2003 Abadi assumed the position of Minister of Communications in the interim Iraqi government during the period of the Interim Governing Council in Iraq.

He also assumed the position of Chairman of the Investment and Reconstruction Committee in the House of Representatives, and in 2005 he became an advisor to the Prime Minister and took over a number of files, such as the General Coordinator of the city of Tal Afar, and the task of coordinating with the United Nations in the affairs of the Iraqi displaced.

The name of Abadi entered suddenly as a candidate for prime minister after the political blocs refused to grant a third term to the outgoing Prime Minister Al-Maliki.

Last December, Abadi announced the end of the presence of ISIS in Iraq, following the success of the Iraqi forces in regaining control of all the areas controlled by the terrorist organization.

Abadi said in April that "Iraq will take all necessary measures to confront any threats to the country's security," referring to the organization that controlled about the third of Iraq three years ago.

Abadi had rejected the referendum on the independence of the Kurdistan region of Iraq and considered it a threat to the region.

After the Iraqi army forces and the Popular Mobilization forces advanced towards the city of Kirkuk and the disputed areas with the Kurds and regained control over them without a fight, after the withdrawal of the Peshmerga forces from them, it was considered that the referendum and its results had ended and became a thing from the past.

Abadi is one of the moderate Shiite politicians and is more open to the Sunni minority in Iraq, and the bloc he leads is one of the few cross-sectarian groups.