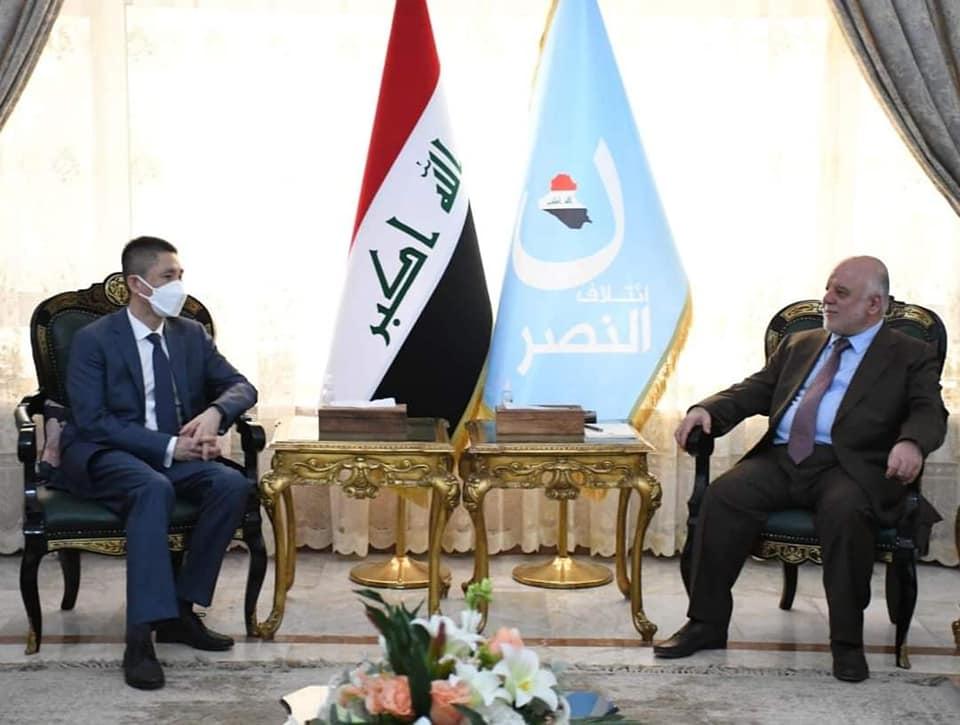 Dr. Al-Abadi receives the Ambassadors of China and Japan separately

Dr. Al-Abadi welcomed the new Ambassador of China in Baghdad, Mr. Cui Wei, wishing him success in his work and to contribute to strengthening relations between Baghdad and Beijing.

While he stressed Iraq's keenness to continue cooperation with China, as an important stage of understanding and agreements was established during the era of his government, which was positively reflected in various fields.

The Chinese Ambassador praised the role played by Dr. Al-Abadi during his rule, which witnessed the victory over ISIS and saving the region and the world from the threat of terrorism, as well as the economic cooperation with Iraq.

Al-Abadi also received the Japanese Ambassador to Baghdad, Mr. Kotaro Suzuki, and they discussed the developments in the region and the global economic crisis, as well as the file of relations between Baghdad and Tokyo.

Dr. Al-Abadi pointed out that Iraq needs a comprehensive urban renaissance during the next stage, which calls for countries to encourage their companies to invest and work in Iraq, and provide the right environment for that, as there is a good idea among Iraqis about the work and quality of Japanese companies.