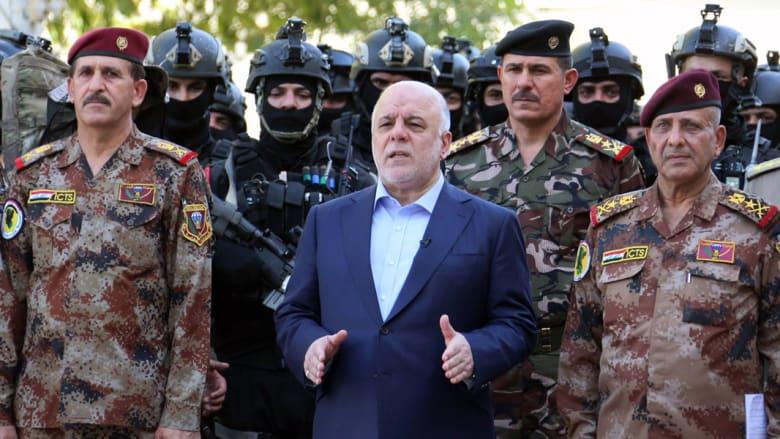 Al-Abadi on the anniversary of victory: Winning the challenge today lies in overcoming the political division and working with the spirit of one team to serve Iraq

The memory of the great victory today, as Iraq triumphed over the darkness, barbarism, and ISIS strife, and dropped the largest project that almost afflicted it as a state. On December 10, 2017, Iraq was liberated from the clutches of the serviced and supported ISIS project.

Today, I congratulate the Iraqis on the memory of the victory they made with their blood, I greet their will and the sacrifices of their heroic fighters, and I assure that this people is able to overcome adversity no matter how prolonged it may be.

The anniversary of victory passes today, and the country is experiencing political division, an unfortunate return of terrorist operations, and a terrible inflation that paralyzes the livelihood capabilities of citizens. These are new challenges that require all of us to rise to the duty to respond to them, in order to win the state's bet once again.

Winning the challenge today lies in overcoming the political division and working with the spirit of one team to preserve the state, its unity, sovereignty and the well-being of its citizens, through national unity, effective governance, and efficient and impartial administration of the state to serve the Iraqis.