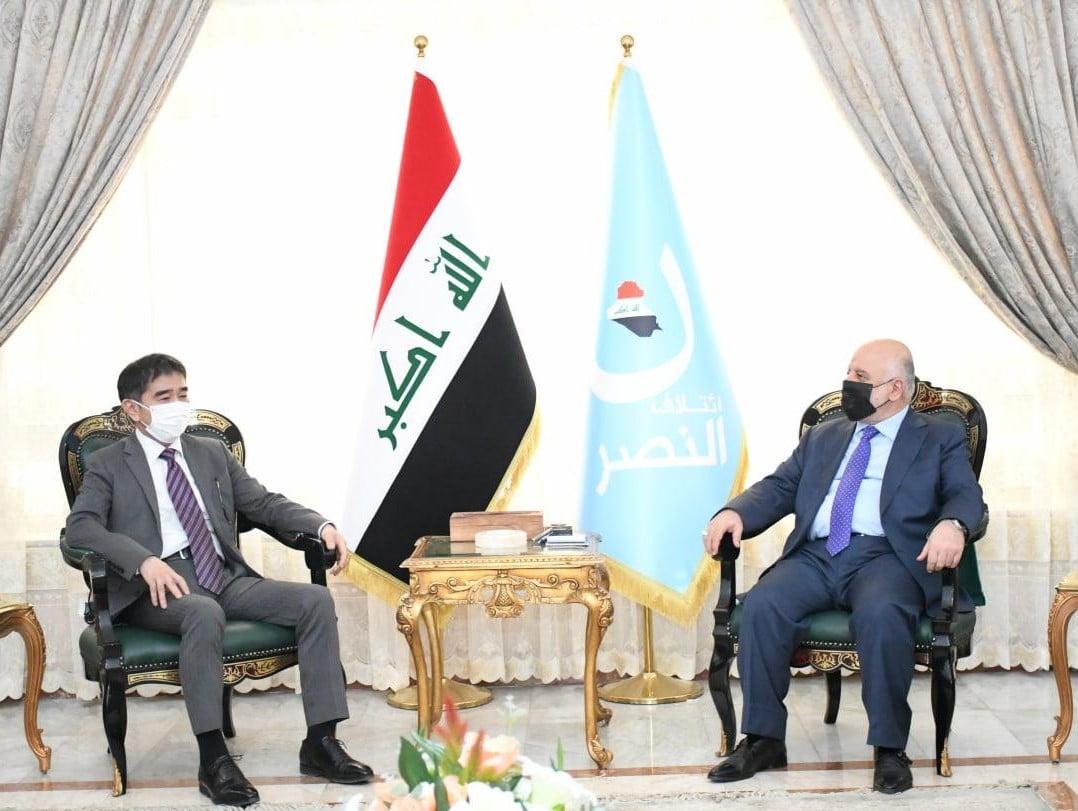 Chargé d Affairs of the Chinese Embassy in Iraq: Dr. Al-Abadi is the one who signed agreements with China in 2015

The Head Command of the National State Forces Alliance and the leader of the Al Nasr Coalition, Dr. Haider Al-Abadi, received in his office today, Wednesday, the Chargé d'Affairs of the Chinese Embassy, Mr. Jian-Fang Ning and his accompanying delegation.

Dr. Al-Abadi thanked the delegation and asked to send his greetings to the Chinese President, wishing that the agreements between the two governments would receive more attention in order to turn into a real partnership, stressing that there is a large space for cooperation between the two countries, including the fields of energy and communications.

Dr. Al-Abadi expressed his ambition to expand relations with China in the fields of technological progress, especially that China is one of the largest countries in this field.

Regarding the elections, Dr. Al-Abadi pointed out that competition in it is not limited to a political bloc only, and that the Alliance of National State Forces will have an effective role in shaping the next political system in Iraq after the elections.

The Chargé d'Affairs of the Chinese Embassy indicated that Dr. Al-Abadi was the one who signed the basic agreements with China in 2015 in the fields of energy, construction and others, and all the ongoing work is related to those agreements, and that this important role established a new era of bilateral relations that bring Iraq and China together.

Mr. Fang Ning spoke about the fact that the rules of security were established in Iraq, which were achieved during the era of the government of Dr. Al-Abadi.