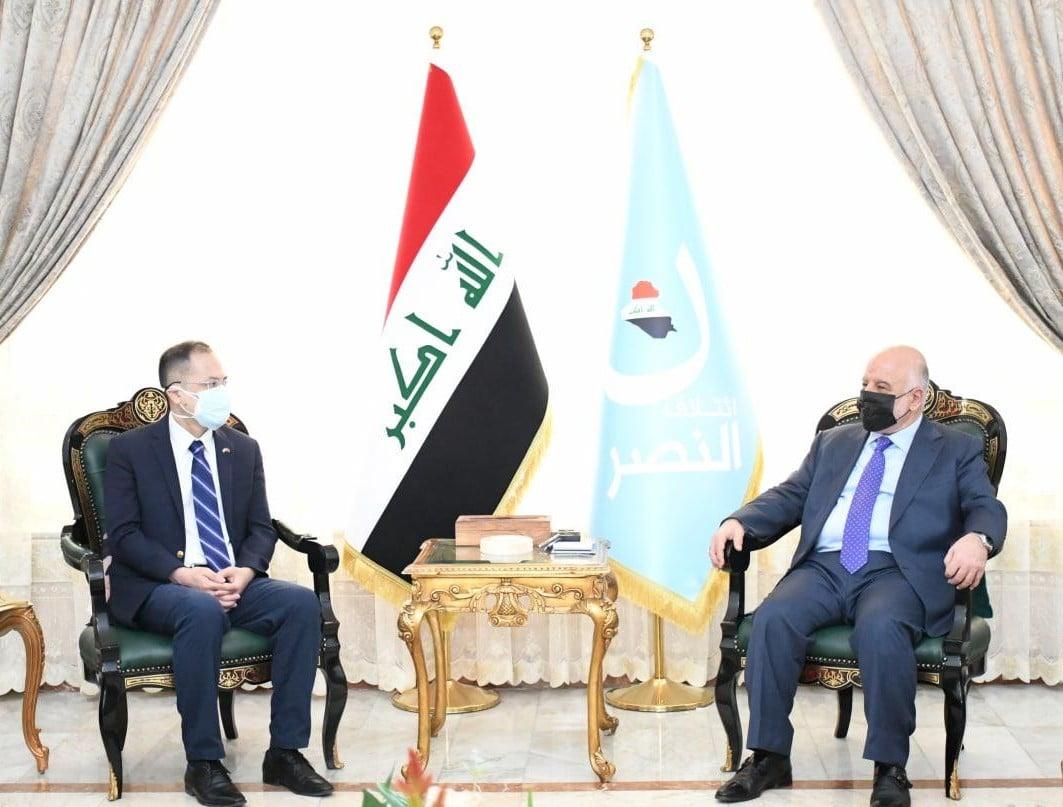 Today, Wednesday, the Head Command of the National State Forces Alliance and the leader of Al Nasr Coalition, Dr. Haider Al-Abadi, met with the Ambassador of Japan to Baghdad, Mr. Suzuki Kotaro.

During the meeting, Dr. Al-Abadi thanked the State of Japan, which was and still is a friend of Iraq; it has made good efforts in various fields to the Iraqi government.

Dr. Al-Abadi said that Iraq is looking forward to holding genuine, transparent elections, free of fraud with effective public participation, and to form a national government capable of dealing with crises and achieving the aspirations of the Iraqi citizen for a decent life, under a strong state based on the constitution and the law. Stressing the need for the Iraqi voter to have electoral awareness and be able to distinguish between those who served the state and those who want to swallow it up.

Dr. Al-Abadi also stressed that his government in 2014-2018 had opened the doors to diplomatic channels with all countries at the regional and international levels, and this was reinforced by the establishment of the Baghdad Summit Conference, which brought together opposites and opponents at one table, and in this way Iraq regained and will regain its pioneering role in being an effective influencer in restoring stability in the region and moving away from the policy of axes that have no benefit other than making Iraq an arena of regional and international conflicts.

The Japanese Ambassador spoke about his country's permanent support for the Iraqi people and government in holding the elections on the scheduled date, and his country's provision of moral and material support to the international monitoring teams that will be present on the date of the poll.

Mr. Suzuki thanked Dr. Haider Al-Abadi for his relentless pursuit to the effective participation in the elections, especially since the return of the Sadrist movement to participate in it, which was due to political efforts made in this regard, and Dr. Al-Abadi was a key player in it.