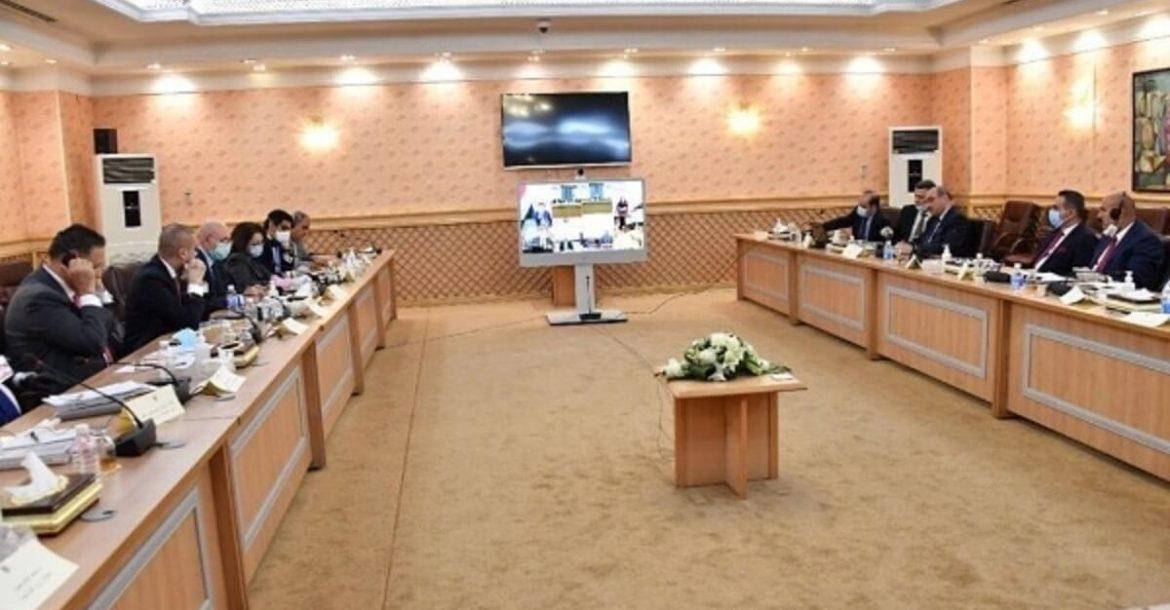 With the approach of the fourth and final "strategic dialogue" round between Iraq and the United States of America, "Al Nasr Coalition" demands the Iraqi negotiating delegation to be free from pressures and the current crisis moment, and to adopt wise and courageous strategic attitudes that achieve Iraqi interests far from any other interests.

Al Nasr Coalition asserts that the ten-ax "Iraqi Sovereignty" initiative, which was proposed by Dr. Haider al-Abadi on July 19, 2021, represents a comprehensive roadmap that preserves national interests and sovereignty, consolidates the unity of the state and the prestige of its institutions, and avoids Iraq from the dangers of international regional conflict.

"Al Nasr" reaffirms its principles on the necessity of adopting a schedule with binding time ceilings for the withdrawal of foreign combat forces, with a clear and legal agreement for the tasks of training, advice, and development of combat capabilities and intelligence cooperation to face terrorism, and starting to activate all the terms of the "Strategic Agreement" with the United States, in particular the economic and development aspects, and starting a new stage of constructive cooperation between the two countries in all fields.

"Al Nasr Coalition" stresses that Iraq must be respected for its international obligations, and everyone should abide by the state's military and security contexts, both internally and externally, and not allow any foreign interference in any Iraqi security, military, or political matter, and to refrain completely from any infringement on diplomatic missions and the headquarters of training and development and foreign advice, and resorting to the contexts of the state towards any transgression of sovereignty, and disengaging Iraq from any file of the international regional conflict in the region, to spare it the catastrophes of bias, and to ensure that it does not turn into a battlefield that achieves the interests of others at the expense of the unity, security, and safety of Iraq and its people.