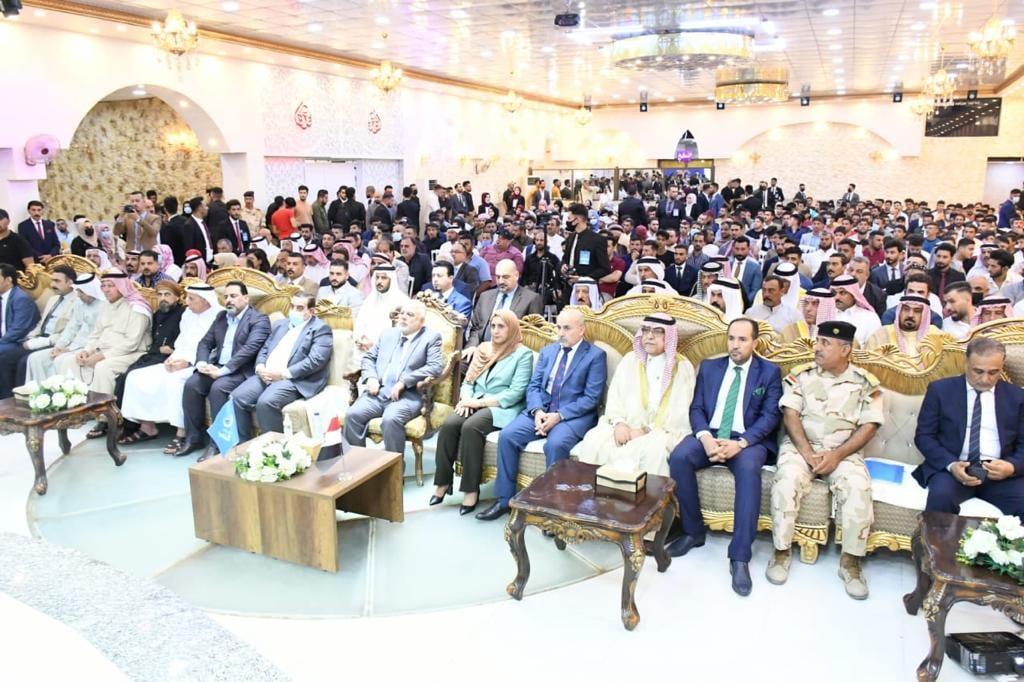 On the fifth anniversary of its liberation… Dr. Al-Abadi from Fallujah: Victory must be preserved by confronting corruption so that the state does not collapse

Amid a presence of a large crowd, the head of Al Nasr Coalition, Dr. Haider al-Abadi, visited the city of Fallujah today, Wednesday, for the anniversary of its liberation from the terrorist gangs of ISIS.

The visit was started with the recitation of Holy Qur’an and listening to the national anthem, followed by the speech of Dr. Haider Al-Abadi, in which he stated: “In these days and in this city, the land was liberated, and we restored our dignity with the blood of heroes in defense of Iraq and its unity and honor. What happened from disasters was not a passing issue, rather than a plan that Iraq would be lost in dark ideas".

The human being is more important than the land…

Dr. Al-Abadi added: "Many expected that Iraq would need many years to get rid of ISIS, but they were disappointed with the unity of the liberated areas' people who rejected this idea and rose up against the gangs".

As for the displaced, Al-Abadi mentioned how the displaced people of Fallujah believed that they could not return after leaving their homes; but the liberation took place in record time, thanks to the cooperation of our heroic forces, everyone returned home at a time the world thought that what we are talking about liberation just to raise the morale of the people and the army.

In corruption, everything falls apart

Dr. Al-Abadi spoke about the biggest enemy for us today, which is corruption, as it led the situation to collapse, saying: "We do not want to build a political class far from the homeland and the citizen. We do not want the state of kingdoms, but rather the state of the citizen. It suffices us the repercussions that occurred as a result of personal and partisan ambitions, and calling for discrimination, sectarianism, and conflict between regions and governorates", pointing out that corruption is a scourge, but Iraq is united, and we can all end this scourge with our unity and determination to complete the path of victory and success.

After Dr. Al-Abadi's speech, the Governor of Anbar, Mr. Ali Farhan, said his word in which he stressed that what happened in Anbar will not be repeated, and the battle today is more dangerous than the battle against ISIS. He also thanked Dr. Al-Abadi for his great effort in achieving victory against ISIS.

The speech was followed by the representative of the Anbar Operations Command, Brigadier General Abdullah Al-Obaidi, who welcomed Dr. Al-Abadi, sending the security forces thanks to him for his leadership in the war on terrorism towards victory and peace.

Then a documentary film about the liberation of Fallujah was shown, with a play about the memory, presented by playwrights from the city.

Dr. Al-Abadi received a set of gifts, including a portrait of him from the artist Hussein Abd Ali, the Arab cloak and a sword from representatives of the elders of the Fallujah clans. Al-Abadi indicated that there is no war today, and this sword must be used to cut corruption and those who want sedition between us.