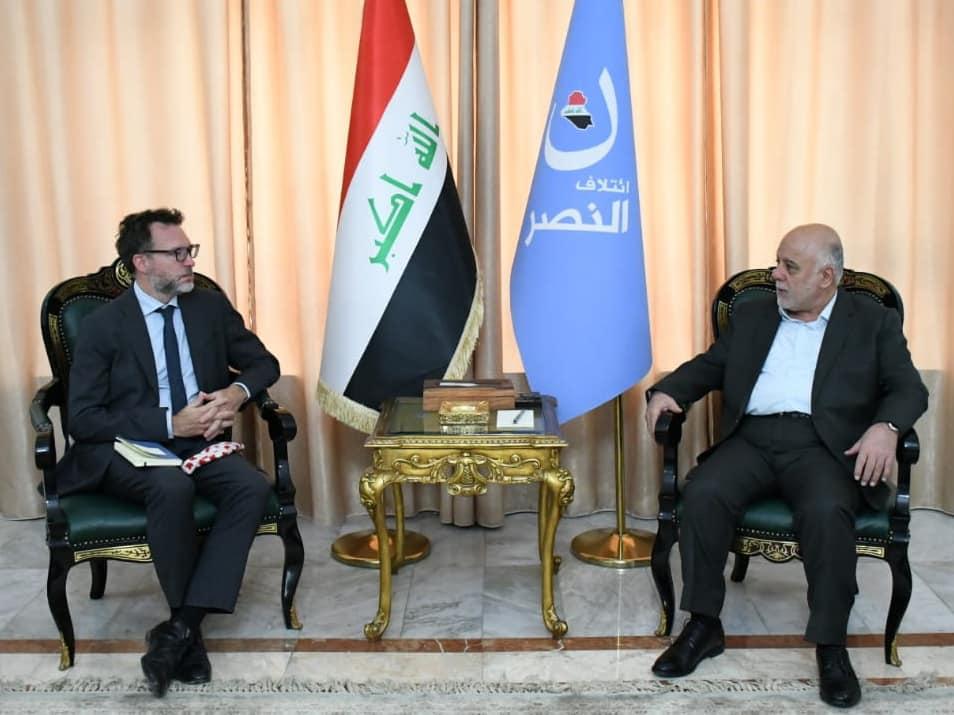 Dr. Al-Abadi receives separately the Canadian Ambassador and the Chargé d Affairs of the Azerbaijani Embassy

During the meeting, they discussed strengthening cooperation between the two countries in various fields, situations in the region, and the effects of the Corona epidemic on the global economy, as well as Canada's support for Iraq in the field of reconstruction and combating terrorism.

Dr. Al-Abadi also received the Chargé d'Affairs of the Azerbaijani embassy in Baghdad, Mr. Nasir Mamdouf, as views were exchanged on the situation in Iraq and the region, and strengthening cooperation between the two countries in various fields.

The Canadian Ambassador and the Chargé d'Affairs of the Azerbaijani embassy expressed their condolences over the tragic accident in Ibn Al Kateeb Hospital, in which a large number of citizens were killed, affirming that Canada and Azerbaijan, government and people, stand with the Iraqi people.